Meeting Students at my Studio

Months ago I came across an advertisement for a weekly PBS Digital Studios production hosted by curator Sarah Green that would be run on Youtube.  It is called The Art Assignment.  I subscribed and had been waiting for the first program to be aired.  In February my gr. 11 art class and I decided to do a variation of the suggested assignment called Meeting in the Middle which was suggested by Christopher Robbins and Douglas Paulson.

Rather than meeting in the middle, we decided to meet at my studio.  I had not had a group of my students there for quite some time.  There was no sense in visiting it when there was no work being made.  As suggested, we set a time, the place, and developed an idea of how to document the journey and/or visit.  The students were excited because they had asked about visiting my studio before.  I was happy to try out using The Art Assignment.

I decided to take photos of the students in the studio and to add their documentations to this blog.  The snap shots are very quick and simple but a record of the event.  The students seemed to also use photos and videos to record their journey.

The students got there pretty much on time and I had coffee, sodas, and chocolate waiting for them.  They wandered around a bit and were keen to know the meanings of particular paintings and different techniques used.  I was surprised at a few of the students' reactions when they saw my work.  One student said it was discouraging to think that her work was not as good and two other students wanted to try to figure out a way to make me famous, which I am very interested in of course!  I began this school year by letting this group know that I would try to make work in line with their deadlines and they have been supportive in my creative efforts, so it was nice to have them over to see the new and old work at my studio. 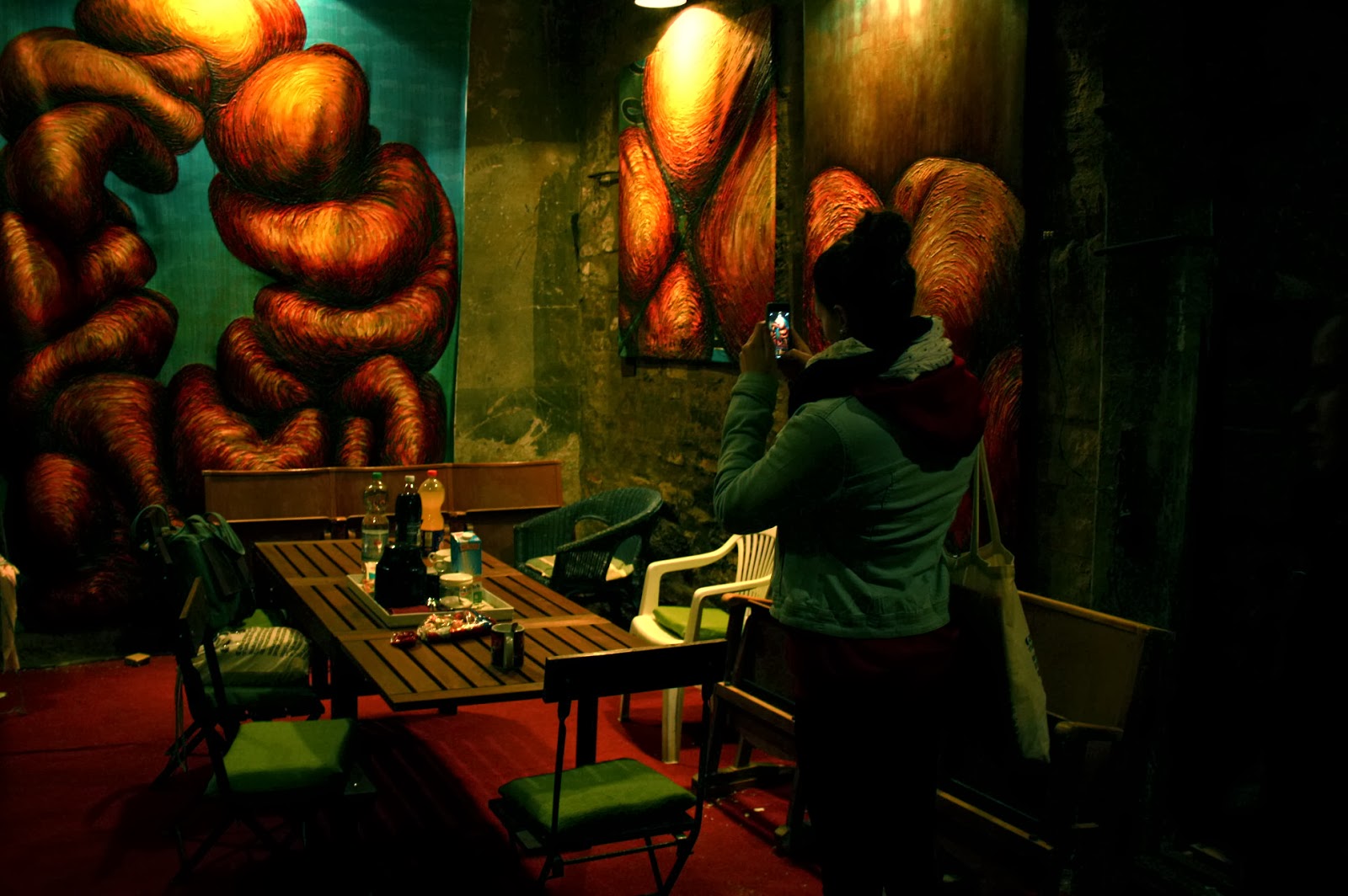 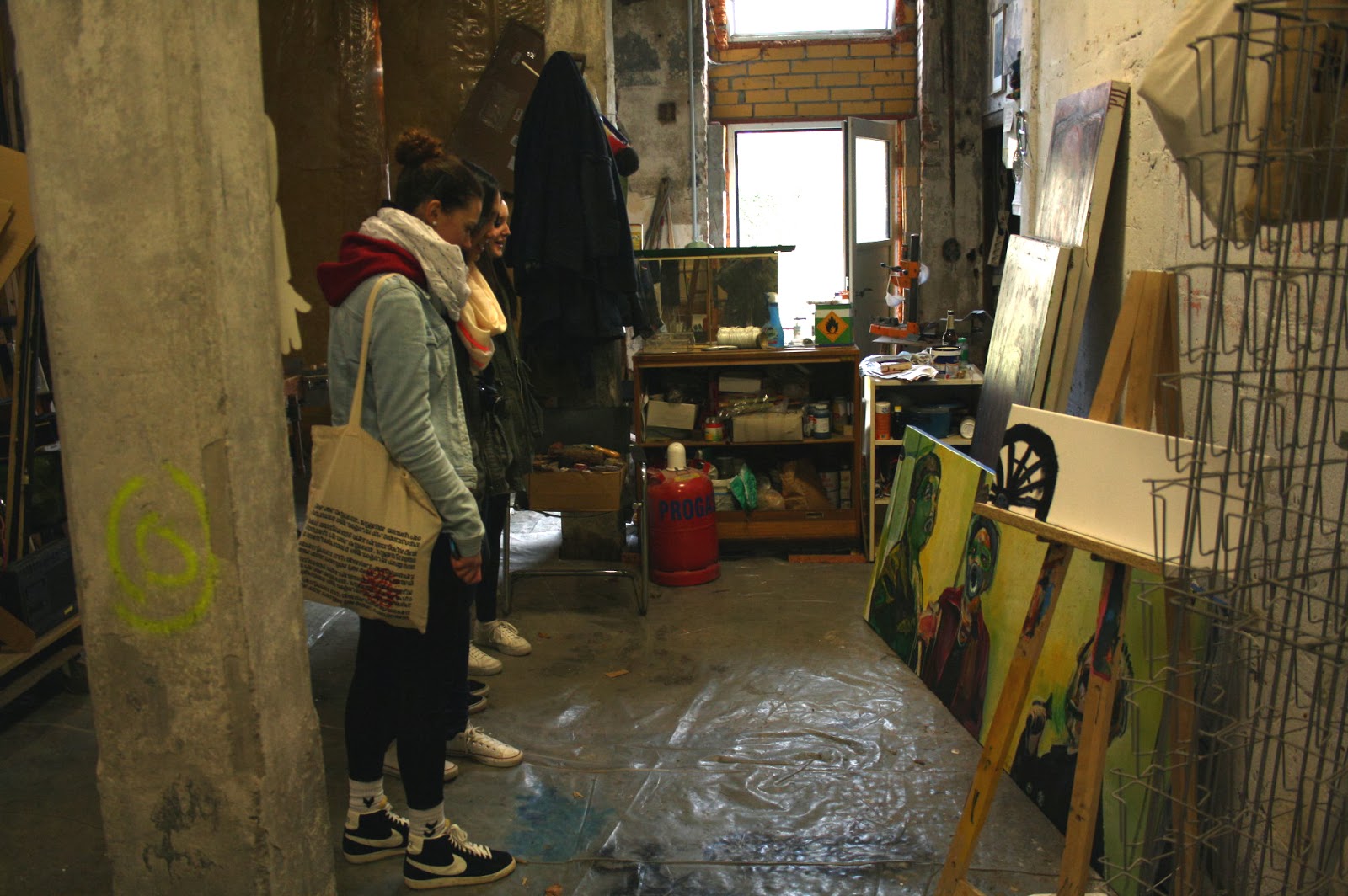