While searching sites on hyper- and meta-modernism, I came across a quote from Marina Abramovic, who recently had a retrospective in the MOMA.  She was urging artists to work in the present, to just do something, take part in any event, to be active.  I had just heard about a small 3 hour Christmas market at a local cultural centre near where I live.  So I signed up to have a table for €5.00.  I thought I would sit and draw holiday cards at customers' requests.

This led to ordering card blanks and thinking about ideas to illustrate.  When a person from the centre contacted me to inform me about being allowed to take part on the event, I was informed that the card idea may compete with the production of cards as a children's activity at the event.  I had the idea of creating cards with snowmen on them and actually had a few practice versions completed.  The blank cards were set aside for a future event and the snowman idea had to be developed off of the card and onto something different.

It was a great creative kick!  I didn't make a lot of sales but it was fun painting the 19 Snowman Bags and participating at the market.  With a bit of thought and early planning, I think it may be worth trying again next year at a weekend long arts and crafts Christmas market in an art's centre in Leipzig. 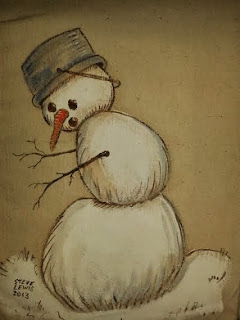 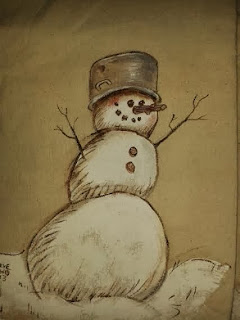 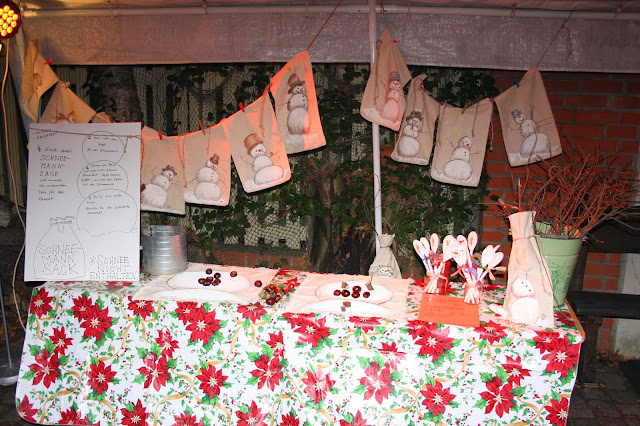 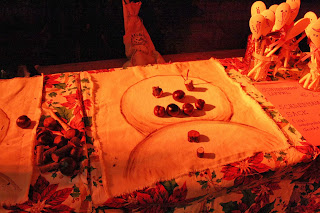 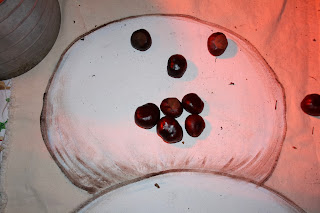